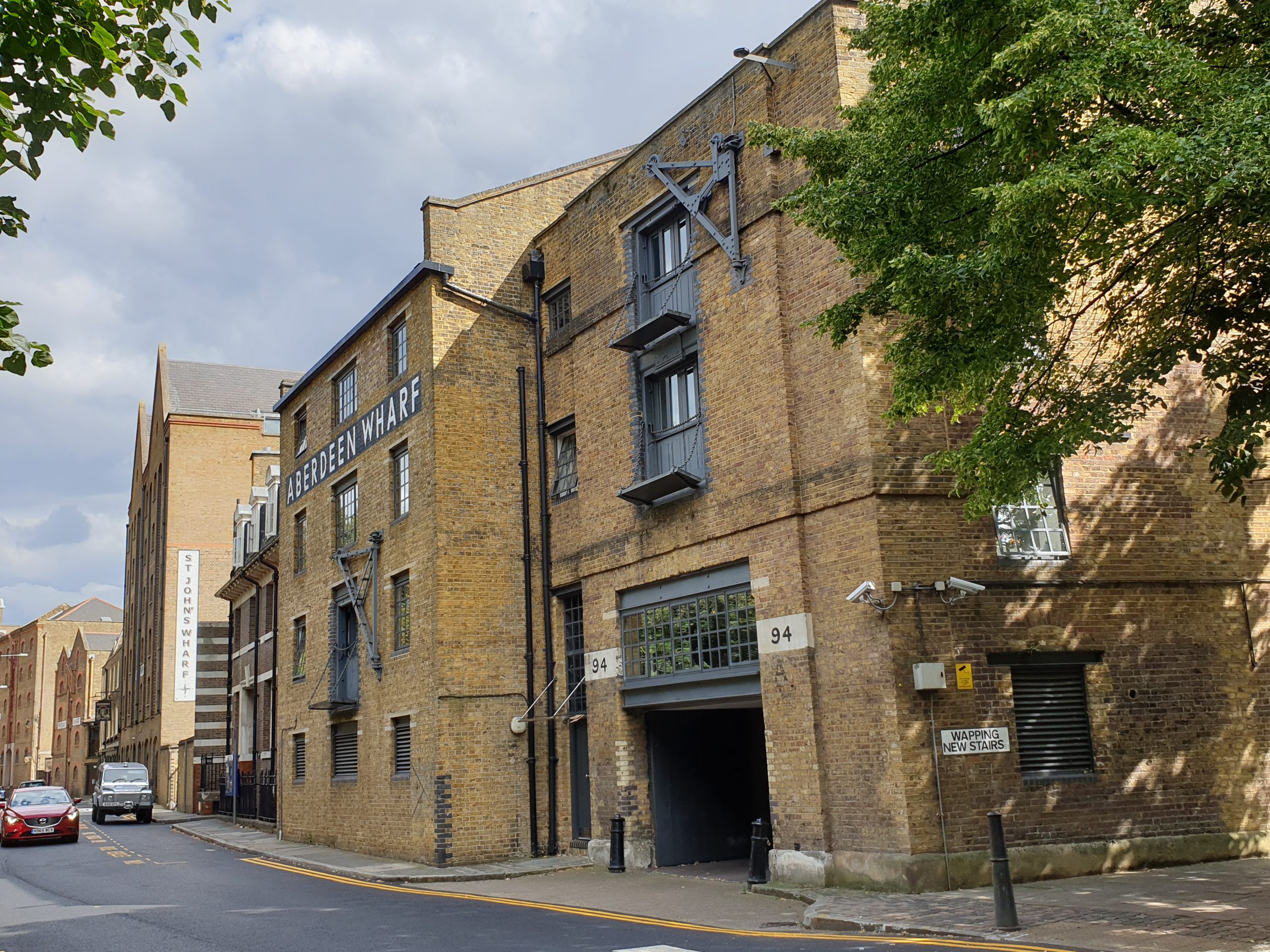 It’s a question I get asked all the time by visitors to London from overseas as I lead them around parts of East London and the old docks areas. As we past one building after another called something wharf, the question often comes, what does wharf mean?

All around the London docks area you will see former warehouses (and the occasional current warehouse) adorned with the name wharf, there are also stretches of river bank which also carry the name.

A wharf would often traditionally refer to a wooden area, normally set on pilings set into the river where one or more boats or ships could moor up in order to load or unload goods. This became extended to the warehouses alongside them and an area would become known as a wharf. Aberdeen Wharf in Wapping, pictured is a typical example of this.

The wharf might be named for the company that owned it, or the goods or area that they came from that were unloaded there. Again Aberdeen wharf is a good example, others might be Baltic Wharf , or Pickle Herring Wharf (close to London Bridge)

Where does the word come from? I ask you say.

It’s commonly believed that it’s derived from the old English warft or possibly Dutch Werf, both of which went on to mean yard or outside place of work. Both fit well.

There was a time when London is believed to have had in excess of 1700 wharves, that’s an incredible number even for what was the busiest port in the world.