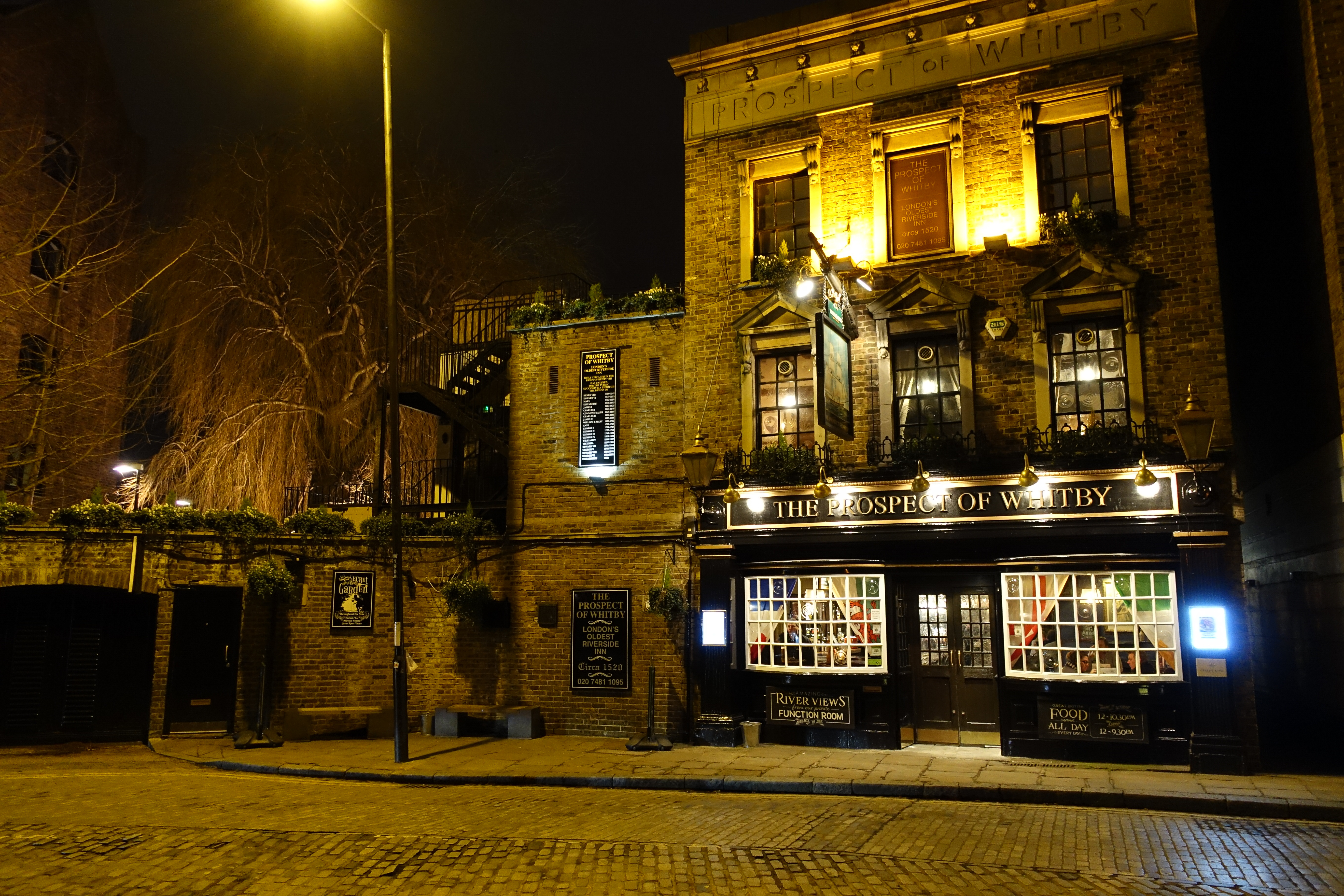 Claiming to be London’s oldest riverside pub it would be easy to claim that it’s all style over substance but that would be somewhat missing the point.

The pub is claimed to have welcomed Samuel Pepys and Charles Dickens in it’s past and has defnitely been graced by Prince Margaret and JMW Turner.

Once called The Pelican and then The Devil’s Tavern the current name arose from a vessel that used to be moored at the back.

It’s an interesting place to hang out with lots of bric a brac dotted around, a pewter bar and some of the flagstones are confidently said to be centuries old. Likely dating back to 1520 or so the terrace area at the back is much sought after on sunny afternoons whilst the upstairs has some nice views over the Thames if you happen to eat there.

The food is standard pub fair but reasonable value and you’re unlikely to come away disapointed.

There’s a noose hanging in the river at the back which supposedly marks the point where pirates sentenced by the Admiralty were hung until first dead, and then left until covered by three tides to make sure.

Local knowledge tends to point to a spot a little up river by a few hundred yards as being the true location, but artistic license is allowed.